11.4.2019 Cologne. The demand for hybrid vehicles continues to rise: In the first three months of 2019 Toyota in Europe has sold 143.300 Toyota and Lexus vehicles with hybrid drive – a Plus of 14 percent compared to the first quarter of the previous year.

In Western Europe, the share of hybrid vehicles in the total sales of the company is now at 61 per cent, in the whole of Europe to 51%.

Overall, Toyota Motor Europe sold between January and March, nearly 279.000 cars of the brands Toyota and Lexus, and is on the same level as in the prior-year period. The market share improved slightly by 0.2 percentage points to 5.2 per cent.

“Although the overall market is weakening, we were able to keep the sales of Toyota and Lexus in Europe due to the strong demand for our hybrid models to be stable,” says Matt Harrison, Executive Vice President of Toyota Motor Europe. “We have introduced in the first three months of the year, three new models successfully and are therefore confident that we will be cut off in the further course of the year, better than the overall market and at least our planned sales target of 1.065.000 units for Toyota and Lexus.”

A successful market launch of the new Corolla celebrated (fuel consumption combined: 5.8-3.3 l/100 km, CO2-emissions combined: 132-76 g/km), which is offered as the first Toyota model with two Hybrid drive systems and with 40.100 units sold – including of 27,100 vehicles with Hybrid immediately in the Top three of the best-selling Toyota model series has advanced.

The sporty five-door hatchback and the station wagon come together on a hybrid share of 95 per cent; in the case of the particularly in Eastern Europe, Turkey and Israel, the popular Corolla sedan, six out of ten customers opt for a vehicle with hybrid technology. Given the rank list is combined from the Yaris Hybrid (fuel consumption: 3.3 l/100 km, CO2-emissions combined: 75 g/km) – comes with 38,400 units to a new record – and the C-HR Hybrid (fuel consumption combined: 3,8 l/100 km, CO2-emissions combined: 86 g/km) with a 37.100 units. 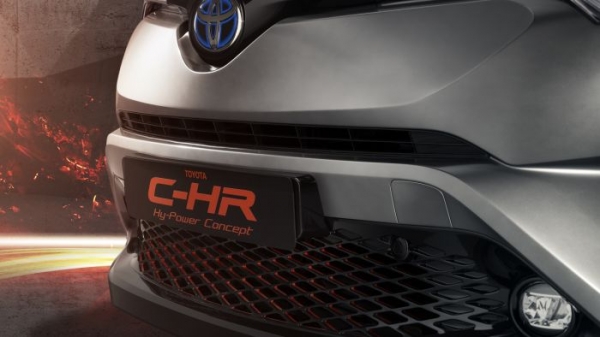