“Diversity is an indispensable Element for the future of the BMW Group. Diversity and individuality are what make us strong and innovative,“ explains Milagros Caiña-Andree, Board member for human resources of the BMW Group.

One of the featured Diversity projects the Diversity-Mentoring, for example: A Team of trainees of the BMW Group has launched a generation and cross – cultural mentoring program for young Refugees to live.

Since January of 2019, six apprentices and two staff to accompany the rest of 18 young men from Syria, Afghanistan, Eritrea, Iran and Somalia in the case of an eight-month traineeship at the BMW Group. The Refugees acquire in the case of the BMW Group in the framework of in-company introductory training (EQ), an Initiative of the Federal Agency for work, the necessary professional and linguistic qualifications for a subsequent professional training.

The mentors help the Refugees with orientation in the organization and facilitate Team Events and training, the transition to life in Germany. Junior and Senior mentors, to overcome in the exchange with the Refugees together, cultural differences, language barriers and age limits.

The benefits of diversity are so many other projects of the Diversity Week in focus: In the case of Diversity Lunches, staff will meet with various personal and professional backgrounds for a joint lunch and sharing in the Diversity Adventure Room, the participants in Teams by skillfully together tasks and puzzles are working to solve.

In addition, lectures provide during the project week different facets of Diversity and show how different cultures, genders, ages, sexual orientations, and nationalities in the case of the BMW Group, driving innovation forward.

The BMW Group is involved already in 2013 the first German Diversity day, and since 2011 is a signatory to and active member of the Association “Charta der vielfalt e. V.”, on the employers ‘ initiative for the promotion of diversity in companies and institutions under the patronage of German Chancellor Angela Merkel. The Association “Charta der vielfalt e. V.” wants to promote the recognition, appreciation and inclusion of diversity in corporate culture in Germany and organized to this end, projects such as the German Diversity-day. 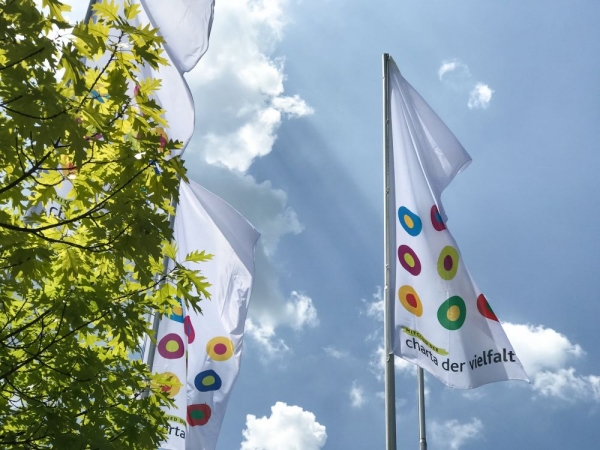