29.5.2019. Renault is pushing ahead with the Expansion of electric mobility in “smart” island of Porto Santo more: a Purely battery-powered Renault ZOE, which are designed as prototypes for bi-directional Load, can feed in high utilisation of the smart grid in the future, electricity from your energy storage to the grid. Thus, the next stage of the project “Smart Fossil Free Island”.

The Renault group has, together with its daughter company Renault Energy Services and the energy utility Empresa electricidade da Madeira (EEM) in February of 2018, the Foundation for a smart electric Ecosystem on the Atlantic island of Porto Santo. In the framework of the regional program “the Smart Fossil Free Island” to implement the energy transition on the 42-square-mile island with around 5,500 inhabitants, in several stages. The Portuguese island offers the best conditions in order to test the Interaction of renewable energy and electric mobility in practice: Currently, Porto Santo is dependent on energy imports and is almost exclusively fed by fossil fuels such as petroleum.

Renault supports the “Smart Island”-project with four main components: electric cars, smart charging solutions for more efficiency (Smart Charging), bidirectional Charging (vehicle-to-grid) for the support of the power grid by electric vehicles and high capacity utilization, and the re-use of electric car batteries after the end of their term (second life).

Renault, Europe’s number one in the case of purely battery-powered vehicles, operates on Porto Santo, a fleet of 20 electric vehicles. 14 Renault ZOE, and six Kangoo are available for E. for a variety of purposes. Four Kangoo Z. E. as the Taxis on the road, two more in the Hotel-Shuttle service. The ZOE is used, among other things, the komnunal police rides for Strips and takes service trips for the energy suppliers EEM. A year after the start of the project were able to use this already 224 users of the benefits of electric vehicles and travelled a total 212.500 km on the island.

The intelligent charging network with 40 private and public stations provides a nationwide infrastructure on the island. The intelligent charging technology (smart charging) increases the efficiency of the loading operations. Background: Wind and solar energy, depending on the time of day or weather conditions, more or less intense available. The smart charging, the charging process begins only then, when much energy is fed in, so the sun and windy days. So, electric vehicles and intelligent electricity networks can be reliably and efficiently supplied with sustainable and CO2-poor energy generated when electricity is supplied from renewable energy sources into the grid.

Another module for the Energiewende on Porto Santo, the bi-directional charging technology (vehicle-to-grid charging, V2G), making the electric vehicles become an integral part of the power supply. V2G allows the consumption peaks in the electricity network by the vehicle batteries to absorb. A fully charged energy storage device can feed a high current produced in a sustainable manner, energy needs temporarily to the grid. The user benefits from a favourable current, at the same time will decrease due to Integration of the battery storage system costs to the power grid and the necessary infrastructure.

Since March 2019, with two Renault ZOE for the first time as a prototype with bi-directional charging technology on Porto Santo in use. Experiment with the versatile technology, in addition, already in the Netherlands, further projects are planned in France, Denmark, Germany, Switzerland and Sweden.

Sustainable and efficient: Second life for the power storage

In addition, Santo come to Porto to two local store electric car batteries sites after the end of their life cycle will continue to be used. In the power grid, the Lithium-ion cells are integrated as a voltage buffer, and to store excess solar and wind energy. In the case of high network load, the energy storage to supply up to 132 kW. As a stationary source of power supply such as houses, office complexes or isolated charging stations for electric cars.

With the field test on Porto Santo, the Renault group has developed a model that could, in the future, so on other Islands, but also in ecologically-minded cities and municipalities to use. 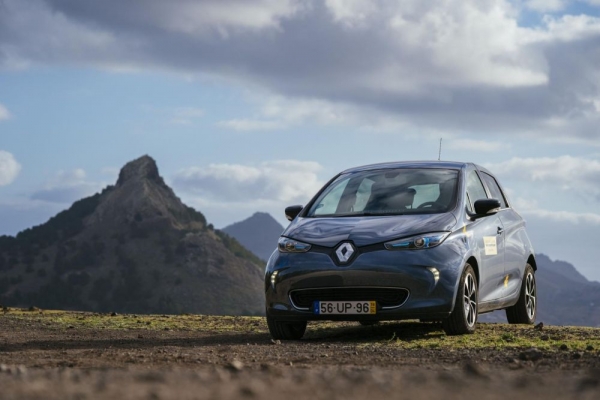