4.6.2019. Cologne. The Toyota C-HR Hybrid (fuel consumption combined: 3,8 l/100 km, CO2-emissions combined: 86 g/km) is Germany’s best-selling hybrid model: 4.686 number of new registrations in the first four months of the year, the sporty, efficient Crossover has moved up to number one in the ranking of the electrified powertrains (source: data force).

In addition to the hybrid version with 90 kW/122 HP, a 1.2-Liter turbo gasoline engine with 85 kW/116 horsepower (fuel consumption combined: 6.1 l/100 km, CO2-emissions combined: 138 g/km). The prices for the available in five trim lines available C-HR starting at 21.990 Euro. Overall, Toyota reported in the first four months of the year for the C-HR 5.817 number of new registrations. This corresponds to a share in the Compact-SUV Segment of 6.6 percent and an increase over the previous year of 15.5 percent.

The first choice instead of Alternative: In Germany, more than half of all Toyota vehicle sales now account for hybrid variants, which are currently available in eight different model lines available. The latest members in its Portfolio, the mid-sized sedan Camry and the compact Corolla as a five-door hatchback and as a station wagon Touring Sports. Even today, the Toyota and Lexus hybrid models of cars and coaches in Germany, only an average of 91.1 grams of CO2 per km and below so that the ab 2021 Europe-wide CO2 limit of 95 g/km. Worldwide, Toyota has sold more than 13 million hybrid vehicles. 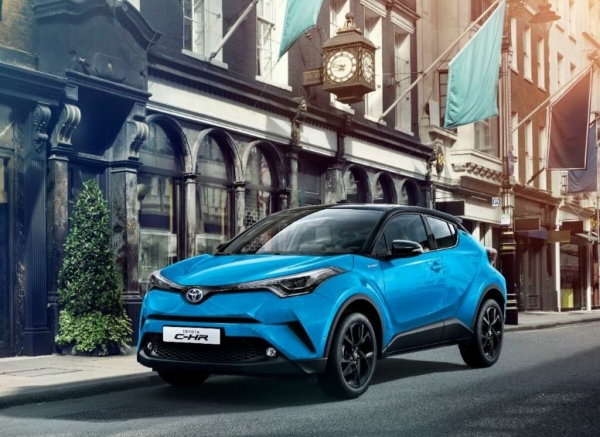