The Triumph of Jean-Pierre Jabouille marked the first victory for the Renault factory team in the Premier class of Motorsport. To celebrate the anniversary Jabouille at this year’s edition of the Grand Prix of France, turned with the winning car of 1979 a few laps of Honour at the Circuit Paul Ricard.

Turbo pioneer Renault graduated in 1979, his third formula 1 season. Once the team had collected two years of experience with the complex turbo technology, aimed for it and now the first victory. For this, Renault had developed the new RS10 with a modern Ground-Effect Chassis. So the 1.5-litre turbo engine, there was a decisive Change: The engine now had two smaller turbochargers instead of one large turbocharger, thus increasing the response improved behavior, and the performance increased. In addition to a regular driver Jean-Pierre Jabouille, the Team is dedicated as the number two his countryman René Arnoux.

The potential of the new car showed Jabouille with the pole position at the third Grand Prix of the season in South Africa. At the French Grand Prix in Dijon-Prenois on 1. July it was finally time. Jean-Pierre Jabouille, which was again started from Position one, repeated in a sovereign manner as the long-awaited first formula 1 victory for Renault. A hair it would have been a double victory, however, team-mate Arnoux something in one of the most exciting wheel-to-wheel battles in formula 1 history of Ferrari driver Gilles Villeneuve wafer-thin in the cold. 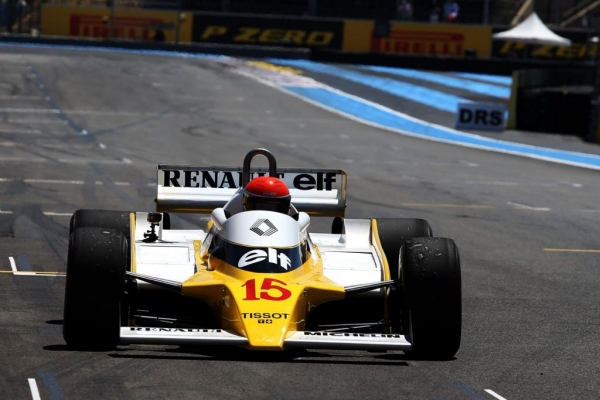