16.7.2019 Munich. Next weekend (20./21. July) starts the ADAC MX Masters in Tensfeld in the fourth round. Directly after the stop in Mölln, the approximately 200 pilots will compete for the second Time in three weeks in the high North of Germany.

For the 15th anniversary of the series, the ADAC MX Masters is guesting for 15. On the 1.530-Meter-long course of the MCE Tensfeld. On the deep sand the engine and the driver wheels are made range high challenges. The underground claimed the wear parts of the up to 70-horsepower motorcycles is enormous and therefore requires a high level of Fitness by the pilot. Especially in the case of the expected summer temperatures, only driver with a Top step of the podium-condition chances of getting a place on the victory.

That Tanel Leok (A1M Husqvarna), currently the Leading in the ADAC MX Masters class, can win in Tensfeld, he has already proved in the last year. At that time, the Este could appearance and win in his guest both race scores. “I like the track in Tensfeld and the start of last year on with my Guest to the taste of come,” says Leok.

“This year I want to ride the full series and would like to win the title.” However, several top pilots have anything against it. First of all Jens Getteman (Monster Energy Kawasaki Eleven Team arrow) that was presented in Mölln extremely combative and with two fabulous Comebacks, not only the second ranking secured, but also in the overall standings to second place could improve. “The total ranks of two and three I’ve had in the last few years,” explains the Belgian. “This season I want to win the title!”

In contrast to Getteman, who is known as an excellent sand rider, the four-time Masters Champion Dennis Ullrich (Bodo Schmidt motorsports/Husqvarna), not just as a friend of the soft subsoil. “I feel non-slip hard floor most comfortable,” confirms the third-placed of the overall standings. “That’s why it works for me in Tensfeld in the first place is to lose as little points as possible.”

A candidate for the victory of the fighting podium elbacher anyway, especially since he can rely almost always on his excellent start. 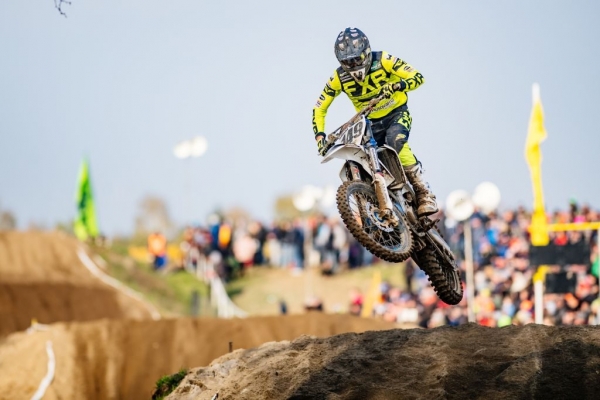 With Davide von Zitzewitz (BvZ Racing Team/KTM) and Mike Stender (Kosak Racing Team, KTM) go to two local heroes at the Start, the race in your home is quite a Surprise in the ADAC MX Masters-class could provide. Both know the course of the MCE Tensfeld like the back of their hand and are likely to benefit from a clear home-field advantage.

In the two Junior classes of the ADAC MX Youngster Cup and ADAC MX Junior Cup 125 in Tensfeld so exciting races are expected. Both Championships attract international talent pilots to Germany and provide the best possible environment for athletic development of emerging talent. With Simon length fields (WZ-Racing/KTM) and Jeremy Sydow (DIGA-Procross Husqvarna) are both in the ADAC MX Junior Cup 125, as well as in the ADAC MX Youngster Cup, the German pilots with a chance of victory at the Start. Length fields has appeared as so far, the strongest driver in its class and Sydow was able to celebrate with a double victory in the Austrian Möggers a great Comeback after an injury break. So in Mölln, the Chemnitz grabbed the day’s victory in the ADAC MX Youngster Cup and moved up to table number three to the front.

On event weekends, visitors will not be entertained, however only with Action on the track. For families with children, the Suzuki Quad track and the ADAC accident protection for children-bouncy castle for entertainment. In addition to the autograph session will take place on Sunday afternoon from 12:00 to 12:30 p. m. at the ADAC Truck, when the Top Stars of the ADAC MX Masters for are signatures and photos with Fans available want. Participate Tanel Leok, Jens Getteman, Dennis Ullrich, Mike Stender and Davide von Zitzewitz want.

Tensfeld is located approximately 80 kilometres North-East of Hamburg and is easily accessible via the A7 and A21 is easy to use. The deep sandy course of nearly all of the spectators, which is clearly visible and thus extremely attractive for the Fans.

The weekend ticket for adults costs 20 Euro, who would like to attend the event only on Saturday, only pays 10 Euro Sunday 15 Euro. For young people aged 10 – 15 years, the weekend ticket 10€, single tickets will cost on Saturday is 5 Euro, on Sunday 7 Euro. Children up to the age of 9 years old have free admission. 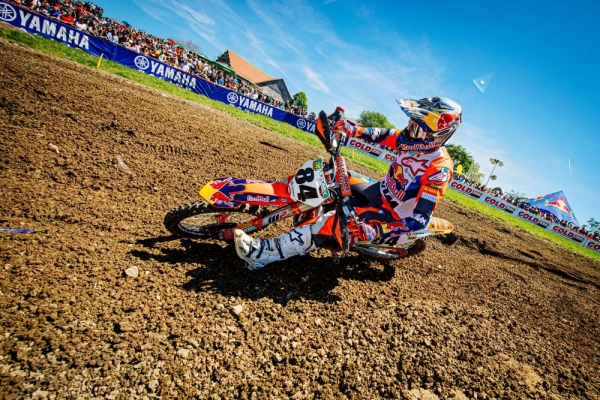