9.1.2020. The Hyundai Motor Group (HMG) has set out the future strategic direction and priorities in the technological innovation.

The aim is a sustainable growth in different industries. The Deputy Chairman of the Board and Chief Executive Officer of Hyundai Motor Group, Euisun Chung, said in his new year’s speech, the commitment to the leadership role of the group to expand in industries of the future such as electrification, Autonomous Driving and mobility services. The “creative mindset” and the “corporate will” of a Startup company, to serve as a role model.

“The beneficiaries of our efforts for the redevelopment of the Hyundai Motor Group and all of the associated innovations to our customers. Your satisfaction with our products and services remains our motivation.“
Euisun Chung
The Chief Executive Officer of Hyundai Motor Group

In the past year, nearly 7.2 million customers have purchased a new car from the Hyundai Motor Group. The target for 2020 was raised to 7,54 million new registrations worldwide. This corresponds to a growth of 4.76 per cent. On the Hyundai brand, 4.58 million sales should be omitted, which would correspond to a growth of 3.47 per cent. In 2019, the Hyundai Motor Company sold worldwide more than 4.42 million vehicles.
Wide-Ranging Innovation Offensive

Important part of the strategy for the future of new technologies and projects for smart mobility solutions, in which the human being is always in focus. This also includes the so-called Urban Air Mobility (UAM) include, in addition to the robotics, the Personal Air Vehicles (PAV) are used, with which people and Goods are transported by air. Smart City Solutions should be pursued in addition to the automotive innovation.
The Hyundai Motor Group continues to 2020 on an open innovation strategy, which involves collaboration and partnership with global companies in various industries around the world.

“We are broadly identify the range of innovations that a variety of opportunities outside of the company considered and anywhere there looking for a partner, where new technologies, visions, and talents are available to support our innovation offensive.”
Euisun Chung
The Chief Executive Officer of Hyundai Motor Group

In the next few years, the Hyundai Motor Group wants to expand its leadership in vehicle electrification in the hydrogen industry to invest in the area of Autonomous Driving commercialize, and the business with mobility services intensify.

To strengthen “our leadership in vehicle electrification, to come 44 electrified models by 2025, including a plurality of battery electrically operated models. A prerequisite for the development of special electric’s platforms and core components.“
Euisun Chung
The Chief Executive Officer of Hyundai Motor Group

The battery-electric range (BEV) increase in the next five years to 23 models, developed by the Hyundai Motor Group, a new electrical architecture that will be introduced in 2021.

The global technological leadership in fuel-cell vehicles to be extended beyond the automotive industry to other industries. Together with Cummins Inc., a world-leading company in the field of motors and generators, is combined with the fuel cell system of Hyundai’s electric drive, battery and control system of Cummins, to export to new and modern technologies to the US and European market.

The fuel cell systems for the transport sector, ships, rail vehicles and forklifts, as well as for electricity generation, and electricity storage. From 2030 onwards Hyundai wants to deliver annually, around 200,000 fuel cell systems in the world. At the same time, the group aims to build a capacity of 500,000 units per year for fuel-cell production in Korea. Worldwide, the HMG with Partner companies, hydrogen infrastructure will develop.

In the area of the Autonomous drives the group intends to commercialize in the near future, self-driving vehicles with the SAE Level 4 and Level 5 come to this sector to take a leading role.

“ Autonomous actuators are at the heart of future vehicle development. Our US Venture with Aptiv film has a target to reach by the commercialization of this technology in the year 2023, the world’s highest competitiveness in the areas of security and technological Innovation.“
Euisun Chung
The Chief Executive Officer of Hyundai Motor Group

So, in the rapidly growing mobility services industry, HMG reasons, companies around the world, to be in the industry represented. This also includes the Expansion of the Carsharing business, which starts later this year in Los Angeles heard. Here, too, Hyundai is working with partner companies and strategic mobility platforms to invest. 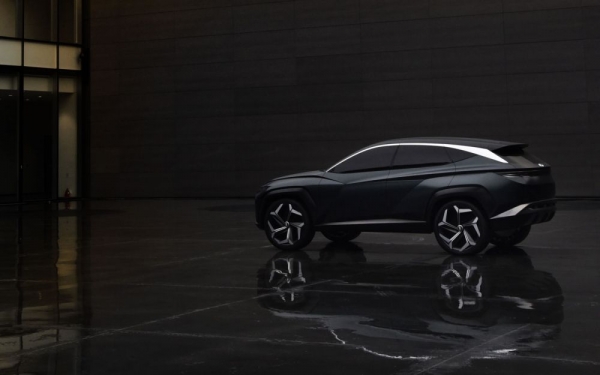