10.1.2020 Cologne. Alternative drive systems, and ground-breaking Bestseller with the future-oriented technologies are the focus of a technology day in the Toyota Collection. The unique vehicle collection, on the premises of Toyota (Toyota Allee 2, 50858 Cologne) opens on Saturday, 1. February 2020, from 10 to 14 at their goals.

But also for questions around the restoration of classic vehicles, there are experts round. Entrance and Parking are at the Public Opening of the Toyota Collection for free.

This technique-day shows that is the future of Toyota in the past. As early as 1997 with the Toyota Prius in the large series brought the hybrid drive is established as a more efficient Alternative to conventional drives, there are in the Toyota Collection to learn as well as Details on the functioning of the fuel-cell technology, the Toyota Mirai, the world’s first series-produced sedan with hydrogen drive.

But also other technical milestones that have triggered a change of paradigm, will be clearly presented. It used to be the legendary Toyota Corolla coupe AE86 from 1986, the first Asian high-revving 16-valve engine in a million edition, or the early standard navigation system in the Lexus LS 400. To not dare forget automobile icons such as the Toyota Land Cruiser as an off-road pioneer.

Leaps in technology, however, there was so visionary bodywork concepts such as when, in 1994, featured the Toyota RAV4 as a forerunner of the modern Compact SUV. Sometimes it’s the seemingly small security and convenience components, which cause big changes. The compact Starlet 1978, which was the first Toyota with rack-and-pinion steering system pull-up, and with far from the centre of the tailgate of a Trend.

A lot to discover but there are other, to experience first-hand without any annoying barriers, and a total of approximately 75 classic Toyota series vehicles, technical section models, studies, and successful racing cars. Free expert guided tours will give a lot of background info on all the Highlights of the Toyota Collection.

Who uses the winter months to restore his vintage car, or on preparing for the spring, don’t miss out on this technology day in the Toyota Collection so. Panels of experts provide targeted advice on restoration of classic Toyota and demonstrate this to a classic Corolla. The part of specialists of Toyota Classic Parts are available as well.

Promising and already now to make a Note of the adrenaline-containing program of the day of the Amateur sport, on Saturday, may 7. March 2020, the fascinating world of motor racing in the Toyota Collection brings. Whether rally, round routes, mountain race, Slalom, Drift or Trial, and Trophy, this Event has something for every motor sport fan in the process. This also includes meetings and discussions with more experienced Amateur athletes and Motorsport professionals.

The latest news about the Toyota Collection and Detail information about Events and exhibits, there is also a free Newsletter sign-up is under www.toyota-collection.de possible. 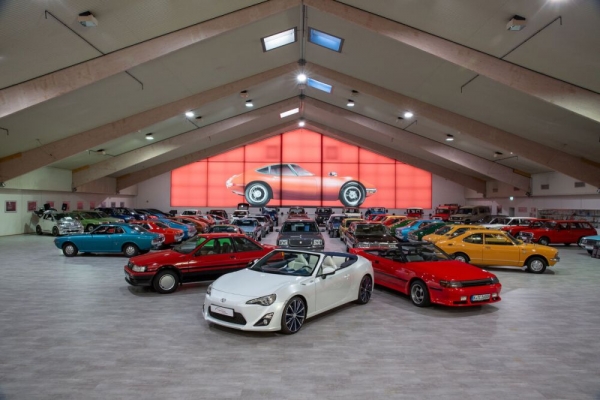